Get fresh music recommendations delivered to your inbox every Friday.
We've updated our Terms of Use. You can review the changes here.

With Our Powers Combined 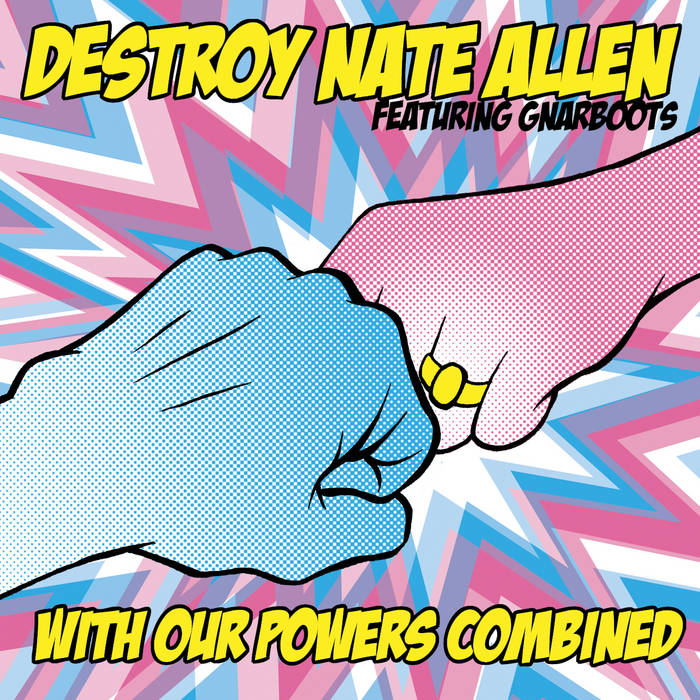 Since 2007, married couple Nate and Tessa Allen joined forces as "Destroy Nate Allen" an interactive, sing-a-long, folk punk band. In these five years, they have set foot in forty-eight states, released six full length albums, and played over 700 shows. Their process has allowed them to do (almost) everything in their power to show people a good time with simply two voices and a guitar.

Destroy Nate Allen decided to try something different for their seventh full length, With Our Powers Combined. They asked Gnarboots (Asian Man Records: former members of Link 80 + Shinobu) to add a full band dose of crazy - and it worked!

With Our Powers Combined features DNA’s fun captured in a whole new and stunning form. The album was fan funded via kickstarter album pre-orders, and was then recorded to 2” tape by Jack Shirley (Comadre) at The Atomic Garden (Classics of Love, Joyce Manor, Broadway Calls).

“We have a blast traveling together and playing rock n’ roll, but we’ve had trouble capturing our live energy so we asked our friends for help,” stated Nate. “We flew to the Bay Area and tracked fifteen songs in three days. We were able bring in a horn section (SKA!!!!) to pull off wild concepts that went beyond the scope of our traditional stripped down approach. We are proud of the album and we can’t wait to show everyone!”

Supported with shows in the following towns: