Get fresh music recommendations delivered to your inbox every Friday.

Glow In The Dark 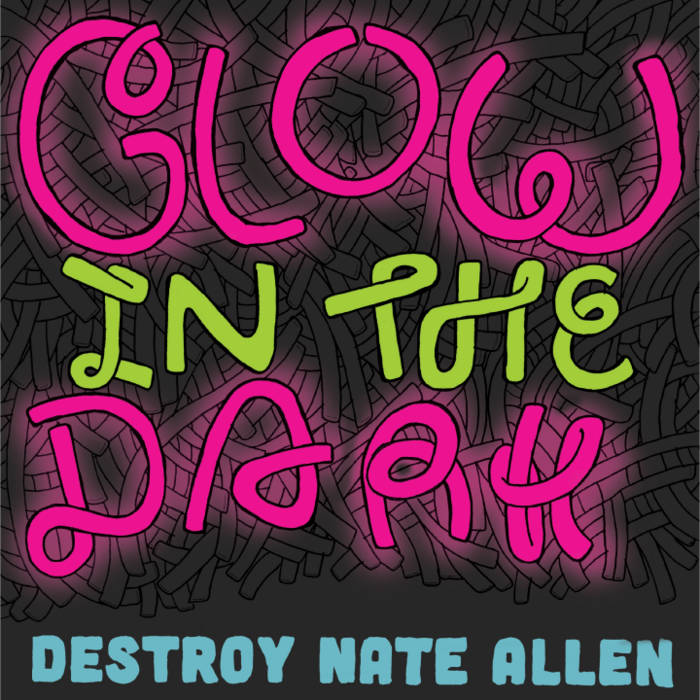 grandeped This vinyl is really cool to look at and listen to. DNA are an original outfit that are sure to please! Favorite track: Jesus, Keep Us Safe From The Cops.

Glow In The Dark, in some ways, represents the best of what our band, Destroy Nate Allen, has been. We have performed most of the songs on Side A hundreds of times; these are the requests – “White Flag”, “Jesus, Keep Us Safe From The Cops,” “My Parents Managed Apartments” – and some of our favorite songs: “Loving You Means Everything” and “Recipe.”

For the last several years we have been exhausting our artistic life force, traveling the country and singing our hearts out as a duo. But before that, Destroy Nate Allen was a bare bones, confessional solo project. This is reflected on Side B, which features some of my least favorite songs to play live such as: “Asshole” and “Last Call.” These songs represent the hard times, the struggles, my fears. Nevertheless, the album ends as it should, with laughter and loud crowd participation.

We are super excited to finally have this retrospective collection see the light of day. Most of these recordings are far out of print and or have never been officially released. It is hard to say what the future holds, but we are so thankful for your love and support that has allowed our extroverted folk punk theater to exist. - Nate Allen

My Parents Managed Apartments
Loving You Means Everything
Turns Our You're Perfect For Me
Recipe
Jesus, Keep Us Safe From The Cops
White Flag

1 – Recorded by Samuel Thomas, Mixed by David Conway. Originally released as part of a No Sleep Records Christmas Comp.

12 – Recorded by Cynthia Carter. Audio prepared and secured by Jory Randall. The show was booked by Griffin Frederickson and took place at New Pines.

All songs written by Tessa and/or Nate Allen.

Supported with the following shows: